I was back in Bendigo for the last day of the Rapha Rising challenge. So it made sense to base my last ride around Mount Alexander. Mt. Alexander is a modestly sized col in the middle of the apple orchards of Harcourt. The area is rich with my family history, in fact my grandfather was born not far from the base of the mount itself and even further back my ancestors used to actually own a good part of the south side, but enough History. 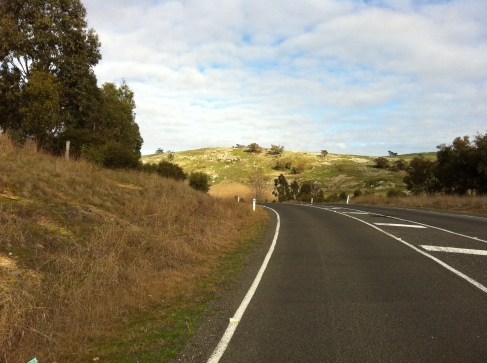 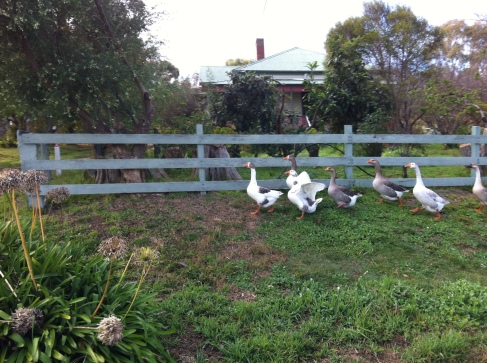 Yet again I was going it alone. I’ll give you a clue, the ‘M’ in VVMCC stands for monthly, which is about the frequency that we all manage to ride together.  After taking Saturday off I needed about 900m to finish the challenge. I knew I’d do the required metres without too much difficulty, but I was aiming to climb each side, just to be safe. It can be a bit of a slog from Bendigo to Harcourt, it seems flat, but it’s a subtle 1-3% all the way (or 850% as my glitchy Garmin was informing me). This was enough to make me feel pretty slow, grinding at 20km/h for the first 30km. I decided to skirt around the base of the mountain and come back around from the south. In doing so I found myself on narrow corrugated white quartz gravel roads (very Raphaesque). The screeching of the Cockatoos, Corellas and Galahs was deafening and the corrugations in the road were ridiculous. It pays to get a bit creative with your route; it ended up being my favourite part of the ride. 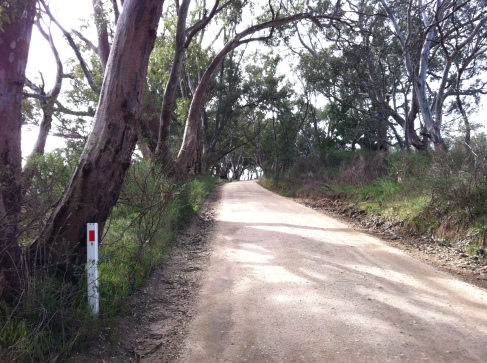 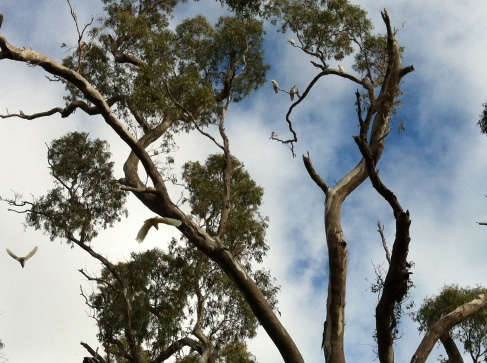 It was hard to tell where the base of the mountain was. I’d already done 800m by the time I reached the turn off to the road that cuts longitudinally over the top. Mt. Alexander consists of haphazardly stacked granite boulders and gnarled ancient gum trees. It’s a bit of a change from the temperate rain forest of the Yarra Valley that I often find myself riding. Most noticeably it’s much drier, and thankfully, so was I at the end of the ride. I was even able to ditch the leg warmers. I’ve been getting pretty accustomed to getting wet during my rides this winter (The Donna Buang ride being a prime example). Climbing the south side is pretty manageable. The gradient intermittently touches 11% but for the most part hovers around 7 or 8. This is made easier by the several flat patches, and even a little descent in the middle. Furthermore it levels out gradually as you reach the top, which is marked by a granite cairn and an altitude sign. 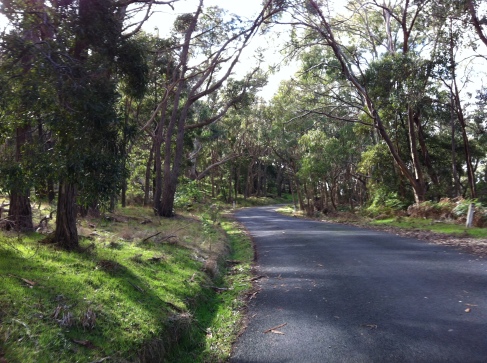 The quick descent down the other side forewarns how much steeper the north side is. It’s a descent to be careful on. The road is narrow and the aggregate that makes up the surface it quite rough. The lack of cars and the sweeping corners however make it thoroughly enjoyable. The ascent up the north side is much shorter, but does have some 15% patches to keep you on your toes, and the false ‘flats’ are probably not all that flat.  The first time I did it I had some knee issues, so I didn’t have too much trouble shaving some minutes off my time. 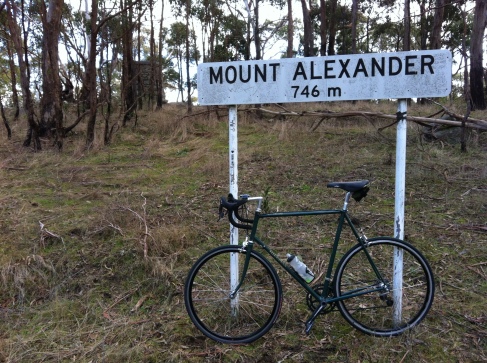 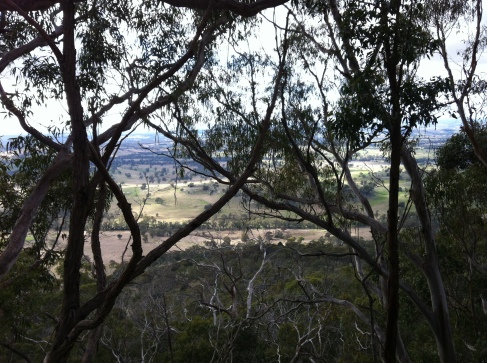 The descent down the south side is obviously much the same as the other side, other than being longer and the corners being mellower. Once I got past the slick green moss up the top I had a lot of fun laying off my brakes and testing my nerve, it’s not that often I get to enjoy a dry descent at this time of the year! Thankfully it was also mostly downhill most the way to Castlemaine, where I met my ‘support vehicle’. 77km and 1500 vertical metres was plenty for a lazy Sunday, and more than enough to finish the Circle of Death Challenge. I ended up climbing 7600m in total over the week, and even though that was 25,000m less than the leader I still managed to come a respectable 787th of 9171 entrants.

Thanks for reading. Now get out and explore!