For those of you who follow The Climbing Cyclist this route will look familiar to you. We accidentally did the cycling blogger equivalent of turning up to a party wearing the same dress. Here is the recap of our version of Arthurs Seat return.

Pinchy and I decided, seemingly along with the rest of the tens of thousands of Around the Bay in a Day participants, to get serious about our training. We’ve signed up for the 250km version of the seminal loop around Port Phillip, and the date is looming. We knew we needed some training on the flats, but as a climbing junkie I knew I’d feel a bit unfulfilled if we didn’t hit at least one hill, thus Arthurs Seat became our midpoint.

I really enjoyed the luxury of starting the ride from my house and not having to fold up into a car before and after the ride, but unfortunately Pinch didn’t have that luxury, so I met him in St Kilda. The early Sunday morning run through the city is always fun, everyone else is tired/drunk/barefoot/stranded/hung over/notridingtoday and I’m flying through the city at 40km/h with the wind in my beard. I was especially buoyed by the fact that that wind in my beard was only a gentle wind, after a gale force opening week to spring.

At St Kilda we kept the foreplay to a minimum and got going. It was easy to forget that we had 170km to cover when we were hooking along at 45km/h. We kept on trying to chill out, saying we have to save ourselves, but we’d creep back over 40km/h within seconds. It remained like this pretty much all the way to Frankston, shedding layers of clothing along the way as the weather got more and more perfect. Pinchy is from around those parts, so he found some traffic-free back street sprints for us to enjoy all the way to Franga, but not before he turned my Garmin off for a while, the darling.

After a delicious coffee in Frankston we took the less scenic route by cutting inland on the Nepean, for some reason. Next time I’ll remember to hug the coast, but hey, I hit some climbs I’d never done before. Eventually we got to the high point of the day (so to speak): Arthur’s Seat. Pinch was a little nervous about the short but brutal climb, since it was his first proper attempt, but thanks to me only planning rides centred around climbing (and modifying his to include MORE climbing) he was turning into quite the closet grimpeur. I must admit my confidence was brought to heel very early on the climb, and moreso after some unexpected cramps halfway (I’m not generally a cramper). I’d expected to smash my time, but in the end only took a measley minute off, which was probably about my stoppage time on my first climb up. I guess it’s ok.

These are the only three photos that we took. It just wasn’t scenic enough for us. 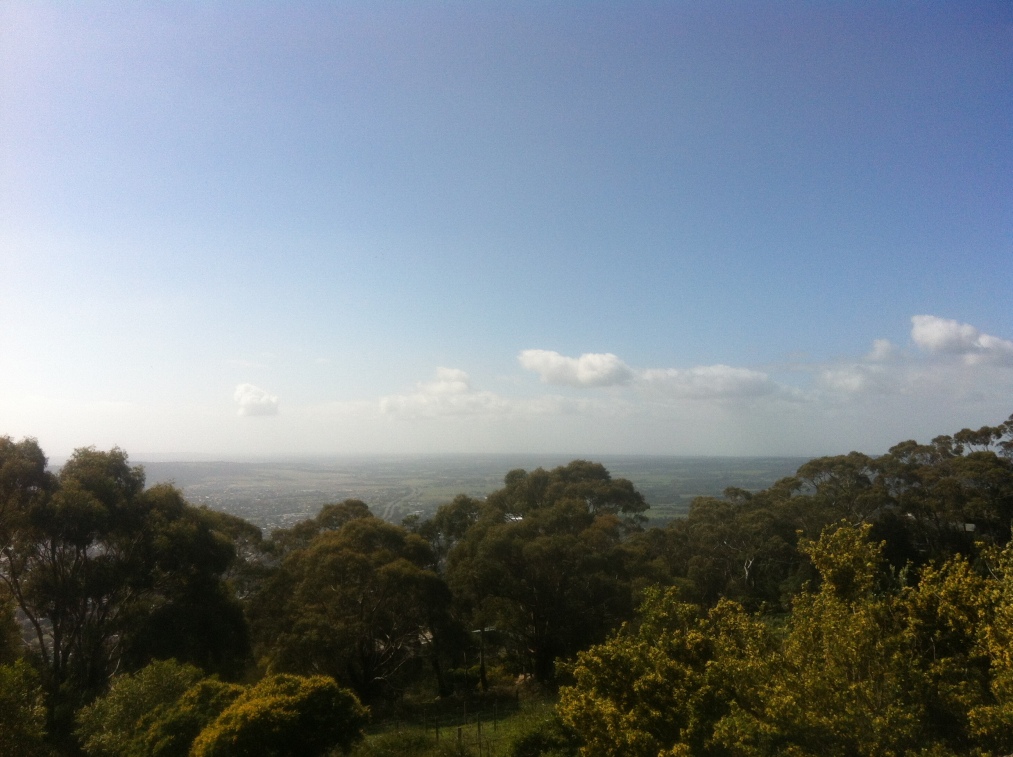 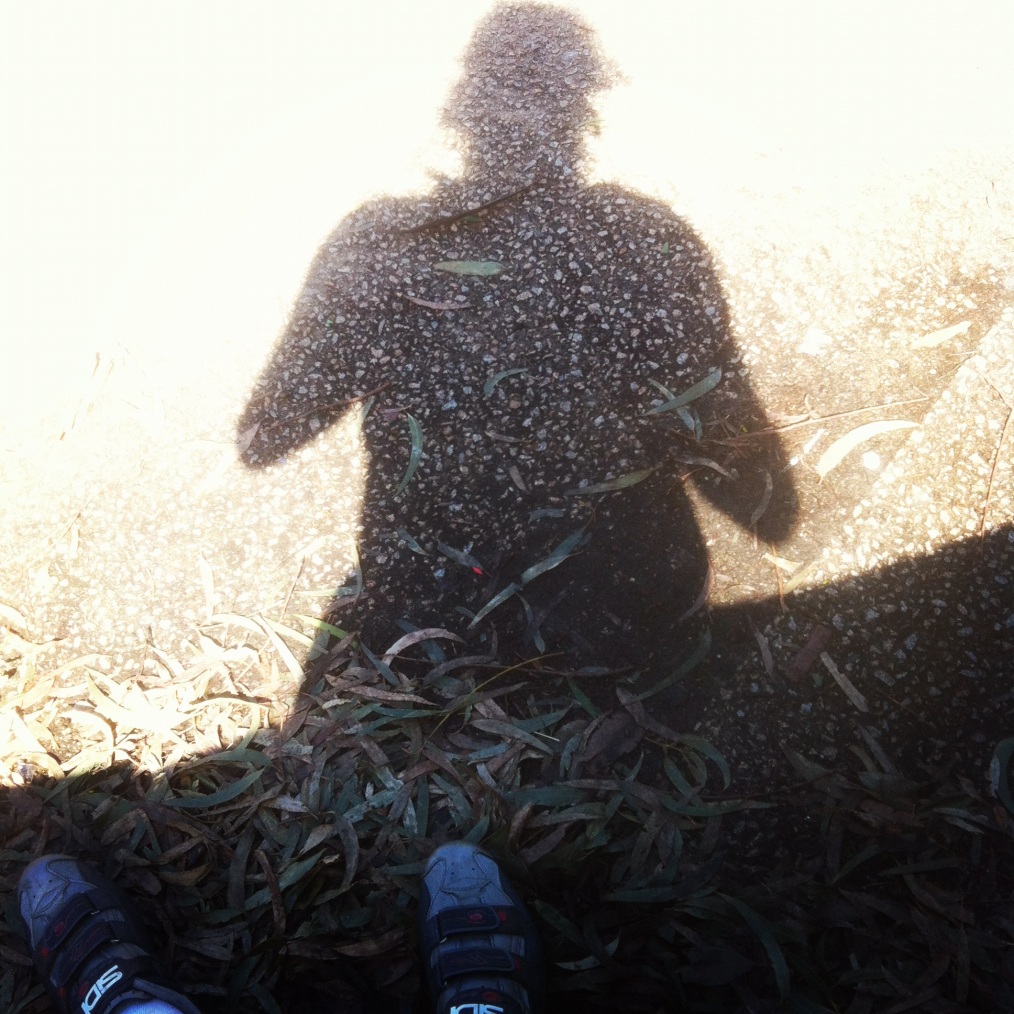 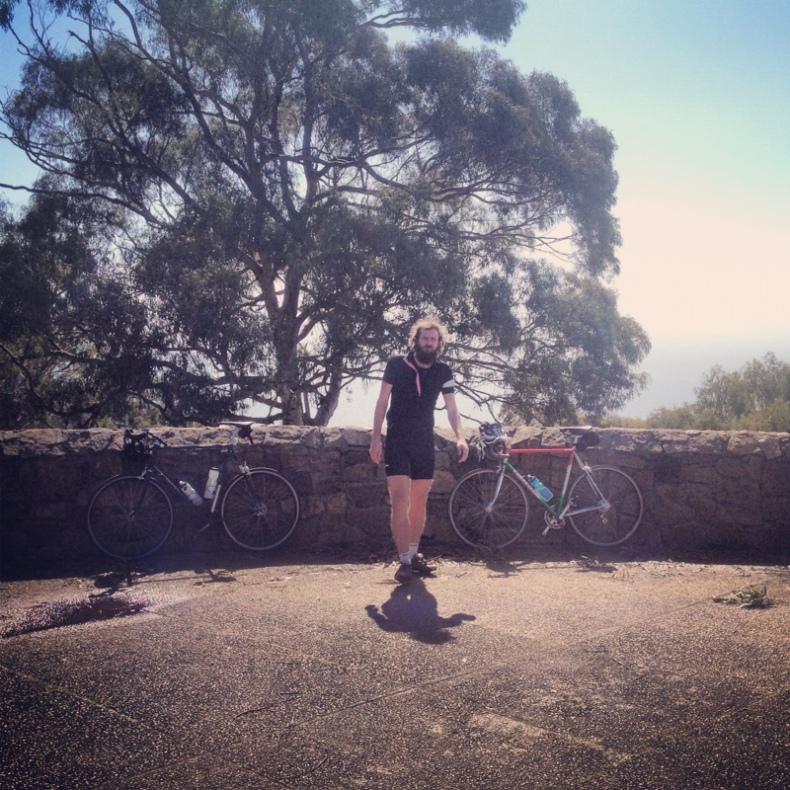 After a minute or two Pinch rolled over the top grinning from ear to ear, he too had battled cramps, but victory was his, and the Arthurs seat monkey was off his back. One thing is not in doubt though, he can descend like a beast. While I was actually slowing down to 15km/h for the 15km/h hairpins (Only slightly faster than my ascent speed), he was overtaking bewildered elderly Sunday drivers. It was his turn to wait for me…down the bottom.

We had some eats in Dromana, checked in with the locals, and made sure the tilts of our cycling caps were right, then we were on our way. We pretty much retraced our steps on the return leg, making pitiful attempts to take turns. Pinch likes to take front seat for some reason on the flats, and I find it difficult to complain. Other than a brief bout of asthma, a thrown chain, and both of us having to put up with my incredibly creaky stem/bars (I’ve fixed it Pinch I promise) we got home pretty unscathed. It was a relief to have a little left in the tank after 170km, as we’ll need to add another 80+ to that in a months time. Can I go back to the hills now?